It is probably difficult to find a person who has at least a remote idea of \u200b\u200bfashion, but at the same time has never heard of Prada. The world-famous Fashion House is now engaged in a wide variety of clothing, both women's and men's, shoes, perfumes and accessories. Brand Prada also flaunts on the company's mobile phones LG (model LG Prada could go down in history as the world's first phone with a finger-friendly interface), on a wristwatch. This name has firmly entered the culture and is periodically mentioned in the media (it seems that everyone has watched the film The Devil Wears Prada, based on the novel of the same name). 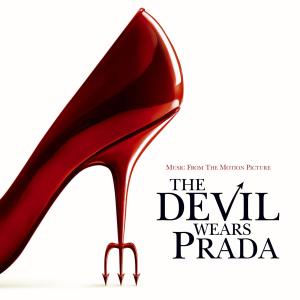 And it all started with a small leather goods shop Fratelli Prada (it. "Brothers Prada"), which opened in 1913 in Milan (Milan, Italy) - there to this day is the headquarters Prada Spa. Founded by brothers Mario and Martino Prada (Mario and Martino Prada). At first, the assortment was based on suitcases and travel bags exported from the UK, on which the brand was placed. Fratelli Prada. But the store did not sell everything in a row - the brothers initially relied on high-quality stylish products that are not available to everyone. The calculation turned out to be correct - quite quickly Fratelli Prada becomes one of the famous brands in the fashion world. By 1970 he comes to the USA and Latin America.

However, it's one thing to be just famous, another to become a trendsetter. It is not known what it would be now Prada, if not for Miuccia Prada, Mario's granddaughter. She took over the board in 1979. However, she did not carry out the coup alone, but in alliance with businessman Patrizio Bertelli, whom she met in 1977. Together they did Prada what the brand is now. The relationship between Miucia and Patrizio was not limited to business only - in 1987 they got married. 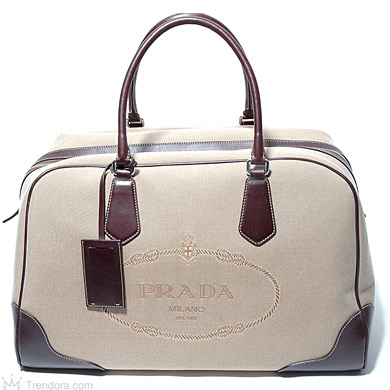 First of all, Miuchiya has expanded its product range by adding leather accessories and clothing. It took quite a long time, because such things are not carried out overnight. First clothing collection Prada (and developed by Miuchiya herself) was introduced in 1988. The public took it with a bang. Thus, a new brand was born, replacing Fratelli Prada.

One of the features of the brand Prada is the desire to preserve traditions. So, all manufactured products are extremely expensive. When it was necessary to create a line of inexpensive youth clothing, it was decided not to dilute the Prada, but to create a new brand - this is how the brand appeared in 1992 miu miu.

To date, the brand Prada is a synonym for success and prosperity. Brand boutiques of the brand can be found in many cities around the world. Many of these stores have been designed by well-known architects. About success Prada says the fact that this particular fashion brand is the leader in the number of fakes.

However, one should not think that things are Prada Spa always go very well. So, in 2006, due to the difficult financial situation, the company was forced to sell three brands acquired earlier - Helmut Lang, Amy Fairclough и Jil Sander.