Manufacturers of cell phones like to announce their achievements, naming data on the sales volume of a particular model. It's understandable - additional advertising doesn't hurt. Especially when the figures are round. This time, the "hero of the day" is LG Cookie. 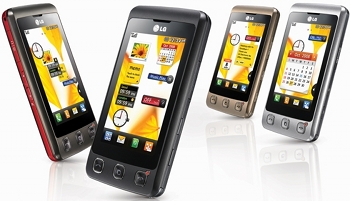 LG Electronics Mobile Communications Company claims that since its launch, the LG KP500 touchscreen model ("touchphone") has been purchased by 10 million users worldwide. Quite good figures, especially considering that this phone was introduced in November 2008.

The company's CEO, Skott Ahn, is confident that the LG KP500 has laid a good foundation for its successor, which will appear next year. Let's tentatively call it LG Cookie 2.