In the middle of last year, sales of e-books from Amazon surpassed the sales of paper hardcover books. Another six months went by and they outsold paperback sales. Now they have surpassed sales of paper books in general.

So the service Kindle not only confirmed its viability, but also showed that the future belongs to electronic books. And this despite the fact that the cost of an e-book Amazon practically does not differ (and sometimes even exceeds) the cost of a paperback book. However, the e-book does not take up space and the user always has the opportunity to carry an entire library with him. At the same time, one of the advantages of the service Kindle is that the book is forever “attached” to the user. That is, in case of its loss, you can always go to the service and download it again for free. Amazon offers a huge selection of literature, and everything that was released before the beginning of the 20s of the last century is provided free of charge. Also, through Kindle, and various periodicals are distributed. 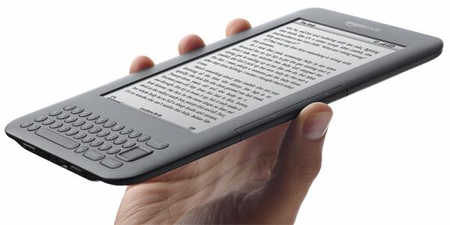 As is known, Amazon also deals with the distribution of devices for reading e-books, which is also called Kindle. At a significantly lower cost than competitors, this device has a number of undoubted advantages - this nuance also has a very positive effect on sales (by the way, recently Have an opportunity buy it even cheaper). And the vast majority of users who bought this device are also interested in buying books or subscribing to periodicals.
Total
0
Shares
Share 0
Tweet 0
Pin it 0