The miniature Raspberry Pi computer is an example of how a social and educational endeavor has become a global scale. What was originally conceived as a solution for teaching students and schoolchildren has turned into something more.

It all started in 2005, when the scientist Eben Upton, then working at the University of Cambridge in the field of computer science, noticed that many students do not understand the principles of computers, being able only to use certain programs and not knowing the basics of programming at all. Upton rightly concluded that the reason for this lies in the convenience of modern technology. If earlier the user was required to have certain and fairly deep knowledge, today everything has actually come down to the ability to move the mouse.

Upton had the idea to create a computer designed specifically for learning. It had to be inexpensive, compact and durable enough for use in an educational institution. And most importantly, to give users the opportunity to experiment and create programs in a popular and easy-to-learn programming language (the choice was Python).

According to legend, the word "Raspberry" in the name appeared as a tribute to computer history. Many of the pioneering computer companies in the 1980s had fruit and berry names—Apricot Computers, Tangerine Computer Systems, Acorn Computers, Cherry Corporation, and so on. It is possible that this "tradition" appeared thanks to Apple, which actually created the industry. There is a version that the nostalgia of the developers for those times served as the appearance of the "raspberry". In addition, the “fruity” name eliminates the complexity of creating a logo.

But "Pi" is short for Python. Also, this word is consonant with "pie" ("pie"), due to which the name of the computer turns into a play on words and can be perceived as "raspberry pie". In any case, it turned out to be funny and memorable.

The computer was presented to the public in January 2012, when sales of the so-called. "Model B", which immediately began to receive thousands of orders. The developers did not expect that their brainchild would arouse such interest and at first they simply could not cope with the supply, they even had to put a limit on the sale - one computer per person. This restriction was lifted only six months later. Several Pi models have been developed over the years.

The Raspberry Pi is not a full-fledged computer, you can’t just take it out of the box, turn it on and use it like in case of Macintosh. The standard package includes only a board with microcircuits. Mouse, keyboard, case, monitor and more need to be purchased separately. The user is required to work with his head and hands, deal with many aspects. But, as a result, this is just a godsend for lovers of technical puzzles. And a great solution for educational needs.

Five years after the introduction, more than 12 million microcomputers were sold. And this despite the fact that initially the creator hoped to sell several thousand at the most. The success of the "raspberry" was stunning. Subsequently, Upton expressed doubts about the sales growth several more times, expecting that the initial interest would soon fade and the Raspberry Pi would begin to lose its popularity. But this has not yet happened.

In 2012, The MagPi, a magazine for Raspberry Pi enthusiasts, began publishing. It is distributed free of charge in electronic form, however, for a small fee, readers can subscribe to the paper edition. For now, the magazine is only available in English. By the way, the name of the magazine also contains a play on words - it is both an abbreviation for Magazine Pi and “magpie” (“magpie”).

Interest in the computer continues to be so high that the Raspberry Pi Foundation recently announced opening of the first company store. And this is a very significant event. Indeed, before that, branded stores were a common occurrence exclusively for such giants of the IT industry as Apple or Microsoft. It was hard to imagine that a company producing, in fact, a toy for geeks, would also have its own store. 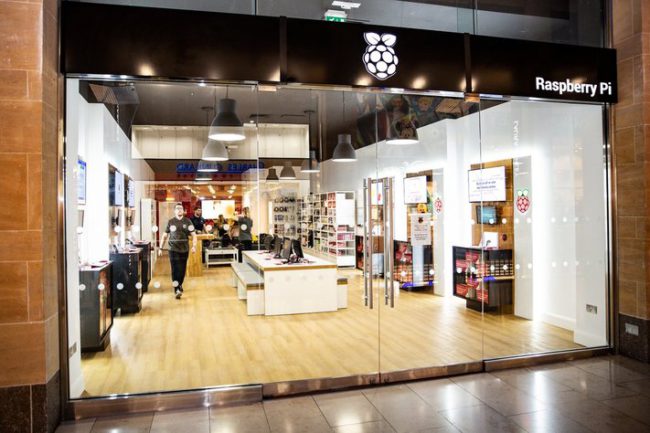 Meanwhile, there are speculations on the Web that the Raspberry Pi will be one of those devices that can change our world. Indeed, thanks to this computer, new generations of programmers are growing up who will really know their business well. In addition, the appearance of the Raspberry Pi coincided with the development of the concept of the Internet of things, a miniature computer is ideal to be built literally anywhere. What geeks from all over the world are willingly doing.

However, for a long time already not only geeks. Raspberry Pi is also of interest to professionals. The computer began to be used to automate complex systems in industry, in all kinds of scientific research and in business processes.

Today, the Raspberry Pi is no longer a unique solution. Competitors appeared in the face of Cubieboard, Khadas VIM, Banana Pi, Orange Pi, etc. Each of them has its own advantages and disadvantages, and occupies a certain niche. However, the "raspberry" was and still remains the most beloved and famous, it was around her that the most close-knit community gathered.