tagline: I am what i am
your move

World famous British manufacturer of sportswear and footwear. One of the oldest companies operating in this field. Since 2006 it has been a division of the German Adidas.

History Reebok began back in 1895, when shoemaker and, part-time, amateur runner Joseph William Foster came up with the idea to provide running shoes with spikes, which would increase their grip on the track. The idea turned out to be so successful that Joseph even decided to found a company to produce it. So in the English town of Bolton there was a company J. ´W. Foster & Co, which produced hand-tailored "Foster" running shoes, which differed from competitors' products by the presence of primitive, but still spikes.

The company was doing well. The interesting shoes have attracted the attention of many track and field enthusiasts and athletes, and their victories in competitions only increase their popularity. In 1906 the company changed its name to J. ´W. Foster & Sons Joseph had sons James and John. They then began to lead the expanded company in 1933, when Joseph died.

1958 was marked by a major restructuring of the company. Moreover, the company is changing its name to Mercury Sports Footwear, which appeared as a result of the start of production of a series of shoes called "Mercury". However, this outrage did not last long. The company clearly needed a new name, simple and memorable. And it was found - in honor of one of the species of African antelopes, beautiful and swift-footed creatures. In fact, in English they are called "Rhebok", but in their habitats, the population speaks mainly in a dialect of the Dutch language - Afrikaans, in which the name is written exactly as "Reebok" (the double vowel is read in the Dutch manner - like one long " E"). Why this particular animal was chosen, no one knows for sure. And since 1960, the word International has also been added to the name, as a result of the start of distribution of the company's products outside the UK, in some European countries. The company was then led by Joe Forester, Joseph's grandson. 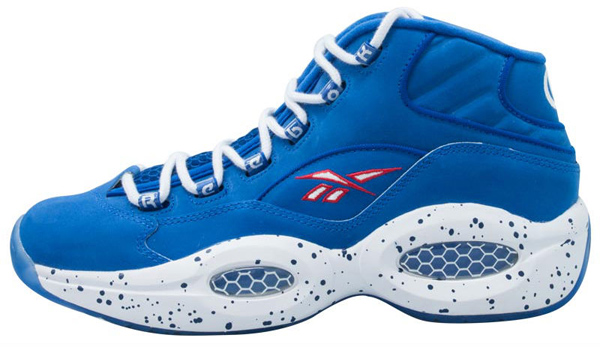 In 1979, a significant event takes place, which was destined to completely change the fate of the company in the future, bringing it to the world stage. At the International Industrial Exhibition in Chicago, Joe Forester met the American trader Paul Fireman. He was so interested in the product Reebokthat he offered his candidacy as an American distributor. This is how the unit came into existence. Reebok USA. Fireman's business qualities and interesting products played a role. In 1985, an enterprising American buys the company and combines the European and American divisions. This is how the existing to this day appears Reebok International Ltd.

The 80s were also marked by the fact that, promptly responding to the sharply increased popularity of aerobics in the world (and especially in the USA), Reebook was the first to introduce shoes that demanded not only high quality and affordable price, but also a stylish appearance. This is how the Freestyle and Princess lines appeared. They are produced to this day. It is these models that have provided the company with such high popularity. Letting them out Reebok, in fact, opened a new market niche - sports shoes for women, suitable for use both in the gym and everyday life. The demand for them was so high that at first the company could hardly meet the high demand for its products. Problems began with the quality of products. However, they were promptly eliminated by a significant increase in control. Then the advertisement Reebok first appears on TV screens.

In 1986, the company was restructured, as a result of which three divisions appeared, dealing, respectively, with footwear, clothing and other products. In the same year, the company makes its first major acquisition - it is absorbed The Rockport Company. The goal is to obtain unique technologies for creating shoes from non-traditional materials. At the same time, another shoe manufacturer is absorbed - Avia Group International Inc. For the same purpose.

1993 was marked by the fact that the UK government decided to ban the use of national symbols for advertising purposes. The result was an urgent logo change. In 2006, the company was taken over Adidas.