Under this brand, a variety of food for dogs and cats is produced.

In the second half of the 20th century, well-fed Europe began to think more and more about the nutrition of its pets. The idea that they can be fed scraps from the tables of the owners no longer seemed the only true one. That's when the story begins Royal Canin - one of the most famous feed manufacturers today. In 1967, French veterinarian Jean Cathary created a special nutritional formula that helped cure certain skin conditions in dogs. This led him to the idea of creating dry food, with the use of which such problems simply would not arise.

Being not only a talented veterinarian, but also an enterprising person, Jean decided to launch a mass production of his invention. So, in the French village of Gard (Gard) there was a small company with a big name Royal Canin (can be translated as something like "royally for dogs"). 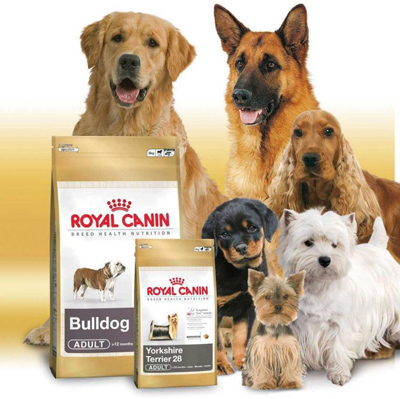 For some time, the company remained small-town, until in 1972 it was not cleaned up by a group Giomark. From now on the brand Royal Canin began his victorious march through the countries of Europe. By that time, food for different types of dogs and different ages had been developed and began to be produced. Cat food is coming. Starting from 1983, the brand began to spread in the countries of both Americas. In Russia Royal Canin present since 1991.

The brand has been owned by the company since 2002. Mars Incorporated.

The company's headquarters is located in Aimargues, France. Representations and factories are available in many countries of the world, practically on all continents. The number of employees is in the thousands, and the revenue is in the billions of euros (the first time annual income reached this amount in 2006).