The Russo-Baltique designer, the very first of which left the factory in 1909, was Julien Potterat, who previously worked for the Belgian automobile company Fondu and took all his early developments as a basis.

The very first model was the C-24/30 with a 24 horsepower engine. It was the “C” model that was destined to become the most massive in the history of the plant - a total of 347 pieces were sold, including various modifications, including those on a half-track. Subsequently, models "K" and "E" appeared, as well as cargo "D", "M" and "T".

In total, a little more than 600 cars were produced, which can be called a very good result for those times. Moreover, if the first models were assembled from parts ordered abroad, then later it was possible to establish the production of everything necessary at the plant itself. Sports "Russo-Balts", trucks, firefighters, buses and even armored cars were produced. These cars were known all over the world. They were owned by many famous Russian bankers and industrialists. Several "Russo-Balts" belonged to the royal family, although Nicholas II himself treated them rather coolly. 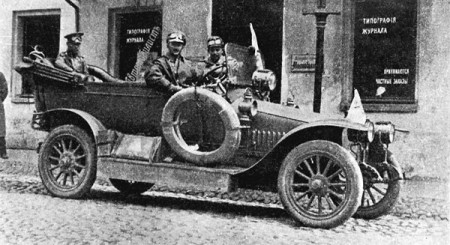 In 1918, the Russian-Baltic Carriage Works was nationalized and renamed the First State Armored Plant. About a dozen "Russo-Balts" were released already under Soviet rule.

Subsequently, the model "Russo-Balt C 24/40" of the release of 1915 formed the basis of the first Soviet passenger car "Prombron" (a total of 5 units were produced). The former production facilities, where the Russo-Balts were assembled, went to completely different owners.

But the Russo-Balt brand was not forgotten. A brand whose history is much shorter than the legend about it, Russo-Balt, is today associated with primordially Russian cars, so it is not surprising that there are those who want to revive the brand. Since the beginning of the century, it has been owned by A:Level, which was renamed Russo-Baltique in 2002. In 2006, the first car was presented - Russo-Baltique Impression, developed with the participation of the German studio German Gerg GmbH. However, almost no one was interested in the unusual concept and the work was curtailed, although it was originally planned to launch production in very small batches, no more than 15 pieces per year. But there is no doubt that attempts to revive Russo-Balt will be made in the future. 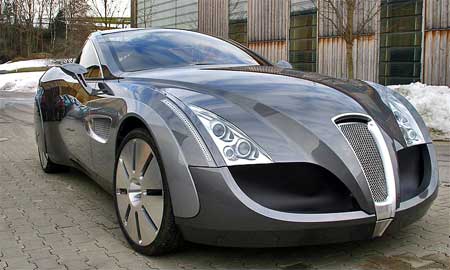 Today, only one unique copy of Russo-Balt has survived in the world, which is on display at the Polytechnic Museum in Moscow. This is model K12/20, released in 1911 under the number 73.