On April 1, 1976, a company was born that was to become a real legend. It's been 34 years now Apple Computers manages not only to exist, but also to remain a real star. She is loved, she is hated, she leaves few people indifferent.

Many people think that April 1st is quite symbolic. After all, in their opinion, the basis of success Apple only the achievements of marketers lie, that money is paid only for the brand. That the company is just fooling its customers. Fans of the "fruit company" object that the point is not at all in the technical characteristics, but in the ease of use and thoughtfulness of the devices. Anyway - Apple this is a different psychology, to understand which an ardent admirer of a different company, for example Nokiacan't (and often doesn't want to). However, all this is such nonsense and these disputes are so meaningless that it makes no sense to participate in them. 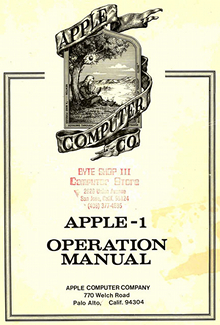 Be that as it may, but 34 years ago, two young (and then still unknown to anyone) blockheads muddied the business of assembling and selling computers. This story has become legendary, has been retold countless times in all sorts of ways, hundreds of books have been written on it.

Over these years Apple Computers experienced a lot. At the end of the last century, it even stood on the verge of bankruptcy. Now here is one of the fastest growing companies. And one should think that her further fate will be so interesting that more than one bestseller will be written on it.