Samsung Group - one of the largest conglomerates in the business world, in its homeland, in South Korea, the word "chaebol" is used for such firms. Chobol is a large financial and industrial group, predominantly owned by one family and associated with government circles. 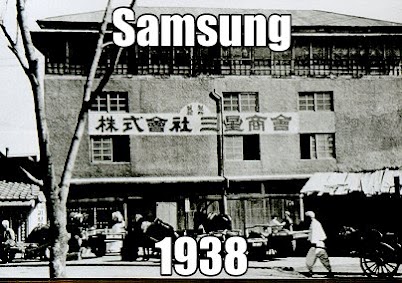 Samsung Group was founded in Daegu, Korea on March 1, 1938. Its founder, entrepreneur Byung-Chull Lee (1910-1987), whose start-up capital was only 30,000 won ($2,000), named the firm Samsung (Samsung Trading Co.), translated from Korean - "three stars", on the first logos of the company, these three stars are present in different variations. One of the most plausible versions about the origin of the name says that the entrepreneur had three sons. (Judging by the further development, none of the three sons turned out to be a fool, which, in fact, distinguishes the Korean fairy tale from the Russian folk one.) This version is also supported by the fact that the company, in the spirit of many Asian firms, remained a family business, transferring and multiplying capital among the circle of relatives (and making a relative of those who managed to enter the business, stand out: intra-clan marriages are one of the traditions of business in Asia). The entrepreneur, according to some reports, never received a degree, became one of the most famous and most respected people in Korea, the Korean analogue of the Nobel Prize, the Ho-Am Prize, established by Samsung and awarded for outstanding achievements in science and technology, is named after him.

The company experienced its second birth in 1951. After the war and predatory actions on the part of the warring parties, the business was completely destroyed, but it is impossible to destroy the entrepreneurial spirit, and starting from scratch, Byong Chul Lee revived the company, achieving even greater prosperity in just a year. Whatever the entrepreneur did, his sphere of interests included: the production of sugar, wool, other consumer goods, retail, insurance, radio broadcasting, the publishing business, and securities trading. In the 1960s Samsung expecting unprecedented success. In order to revive the Korean economy, a policy of development of large national companies was pursued, the state subsidized, supported and helped selected corporations in every possible way, in fact creating hothouse conditions for them, eliminating competition and endowing them with broad powers. Creator Samsung managed to get close to government circles, which provided the corporation with unlimited opportunities for growth and expansion.

In 1969, the division Samsung – Samsung Sanyo launches the first batch of black-and-white TVs. 5 years later, the company begins to produce refrigerators and washing machines. After another 5 years - the release of microwave ovens and air conditioners. In 1978, a representative office of the company was opened in the USA. Having managed to become the first in Korea (Samsung accounts for one-fifth of Korea's total exports), Samsung begins the path to gaining world leadership. In the 1980s Samsung entering the personal computer market. In 1991, the first mobile phone was developed Samsung, and in 1999 - the first smartphone. In 1992, the company began developing its first DRAM memory chip, then it was about a capacity of 64 MB, now chips with a capacity of 64 GB are being produced. In 1998, the mass production of digital TV sets developed at the company's research center begins. Year after year Samsung expands its presence in the global market, holding the lead in sales of cell phones and televisions.

In 1993, the year of the 55th anniversary of the company, an updated logo appeared. Samsung - an inclined ellipse of blue color, with an inscription inside. The new logo successfully reflected the company's entry into the international arena, a kind of application for world leadership. Visually it seems that the word Samsung located inside the orbit of a celestial body, undoubtedly the corporation is a kind of universe, but at the same time this universe is open to the world, just look at the letters "S" и "G" - they are in contact with the outer space. One of the highlights of the logo is the spelling of letters "BUT" without a dash, repeated many times later, this technique still remained familiar Samsung.

Today the advanced division Samsung Group – Samsung Electronics became a world leader in the production of electronics and home appliances. Samsung Heavy Industries - division engaged in shipbuilding - the second in the world. The corporation is headed by Lee Kun Hee, son of the founder. It is to him that Samsung owes its success in the modern world, having assumed the duties of the head of the conglomerate after the death of his father in 1987, Lee Kun-hee abandoned the idea of \u200b\u200bmass production of low-quality goods, the so-called budget quality, and focused the company's efforts on the production of high-quality products, innovative and ahead of market trends. . Brand Samsung benefited a lot from such a decision, because those who considered the company's products to be of insufficient quality, in recent years, discover the world of household appliances and electronics with an exceptional combination of "price-quality", and if we add here the high level of service provided by the company, then alternatives to products The company is practically non-existent.