The annual ranking of the most valuable brands (BrandZ) was presented Millward Brown Optimor.

According to him, Apple remains the leader with a brand value of $185 billion, an increase of 1% compared to last year.

All the first three places belong to companies from the IT industry - behind Apple follow Google и IBM. Shared fourth and fifth places McDonald's and Coca Cola. 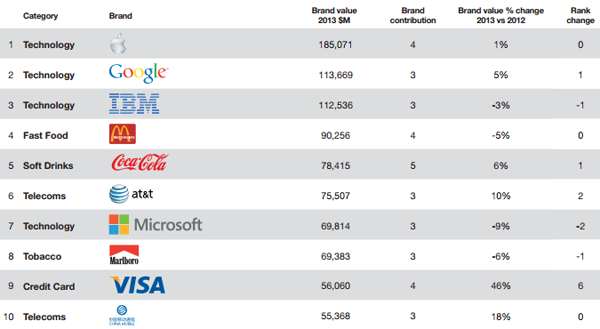 The total value of all brands included in the BrandZ ranking increased by 7% over the past year and is now $2.6 trillion. Fully rated Millward Brown Optimor can see here.