In order for the brand to be remembered and loved by customers, its creators are ready for a lot - hidden advertising in movies, TV series, literature, etc., the so-called “product placement”, has remained unusually popular for many years. When the main character accidentally shows a can of a certain brand of beer on the whole screen or makes sharp turns on a car with a recognizable logo (and if you didn’t have time to notice the logo, then you will definitely be shown it in close-up several times, just like that, of course, well, the hero ride something).

So much effort, creative energy and, of course, money is invested in hidden advertising that this phenomenon deserves its own award. And let it be not too honorable for the company to receive such an award, but who is offended by jokes. 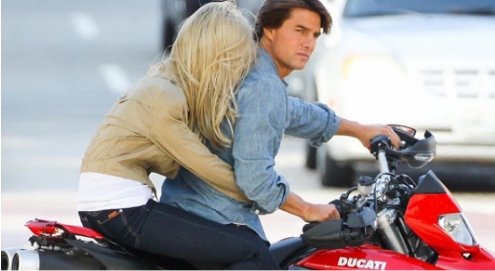 This year, the Brand Channel project announced the Brandcameo Product Placement Awards in several categories. The most ubiquitous (Overall Product Placement) was recognized as advertising for the company's products Apple, ten of the thirty-three highest-grossing films in the United States featured apple logo merchandise.

The prize for the most advertising in a single film (Achievement in Product Placement in a Single Film) was snatched off by Iron Man 2, its creators “missed” 64 episodes with hidden advertising into the film, exceeding the performance of the first part of the film by 22 detected brands (in 2008 there were only 42). Worst Product Placement was awarded to Wall Street: Money Never Sleeps. Although relatively few hidden brands were found in the film (42 in total), according to critics, the advertising looks redundant and intrusive. Of all the films nominated for an Oscar, the award (Product Placement Achievement by an Oscar Nominated Film) went to The Fighter, for the director's love of beer. Budweiser.