Hidden in fiction advertising has become commonplace. However, it is not at all necessary that the mention of the brand in the text is necessarily done for advertising purposes. Sometimes it's just a piece of art.

No one knows for sure how long this approach has been used in advertising. It is believed that this direction is still very, very young. But at the same time, there is a legend according to which Jules Verne received a lot of deductions from some companies working in the field of passenger transportation when he wrote Around the World in 80 Days. Surely this was used repeatedly even before branding became an integral part of our lives. However, what used to be a rare exception is now almost the norm. That is, today the procedure for introducing brands into the text is already “put on stream”.

Placement of hidden advertising in a literary work can be of several types. Each of them differs in the effectiveness of the impact on the reader and, accordingly, in the cost.

1. The brand is simply mentioned in the text of the book. One or more times, depending on the wishes of the customer (for example, it is indicated that the main character had an iPhone);
2. The brand plays an important role in the development of the plot in the book (thanks to the iPhone of the protagonist, it is possible to solve a complicated crime);
3. The brand is even used in the title of the book (something like "The Mystery of Mr. Fuchs' iPhone");
4. Even the name or nickname of the main character is a brand (for example, for an ardent commitment to Apple smartphones, friends call the above-mentioned Fuchs nothing more than “Mr. iPhone”).

The latter method is most often used in children's works, when the book is ordered, for example, by a candy maker, who are the main characters of the book with events taking place in the fairy-tale world of sweets. Using this approach for adults is undesirable, since readers can immediately see what the book is written for and lose interest in it. That is, advertising in this case will be, to put it mildly, not effective. And even harmful.

In adult literature, the first two methods are used much more often. Moreover, the degree of brand mention is sometimes limited only by the wish of the customer. A classic example is the detectives Daria Dontsova, Alexandra Marinina, Tatyana Ustinova, so popular today. The first one was especially successful in this field - advertising in her books is sometimes so intrusive that it can hardly be called hidden.

It is difficult to say how effective such advertising is. It is believed that since literature is more intelligent than television programs, then readers will trust it more, which means that the effectiveness of advertising is high. Indeed, in terms of CPT (cost per 1,000 page views), book placement can be considered effective. On the other hand, various surveys show that many readers have already perfectly learned to ignore such an appeal. 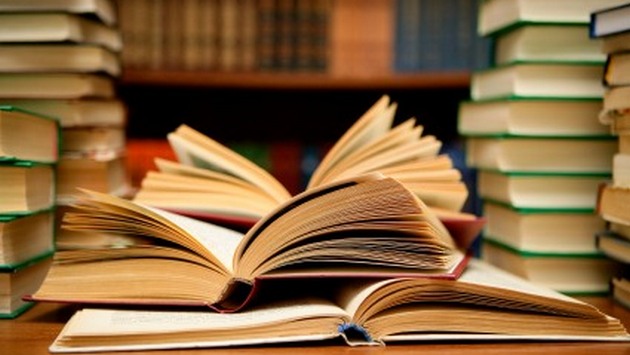 Perhaps a lot depends on the level of the book. So, readers of Dontsova will easily forgive her constant references to food on the pages of books. Moreover, when shopping in a store, they may well follow the author’s call and purchase exactly the brand that they have been so often told about. Simply choosing among dozens of bright packages, choose the one that they have heard at least something about. That is, the basic principle of advertising and agitation works - repeat, repeat and repeat again.

On the other hand, numerous fans of creativity, for example, the popular writer Dmitry Glukhovsky, will never forgive him for such a frank "hidden" advertising. That is, simple methods will not work here. And the more intelligent the writer is considered, the finer the work should be, because one bad mention of the brand can cause readers to have a negative reaction to the entire book.

How to distinguish whether the use of a brand in the text is an advertisement? There is no universal way. But you can try the following: try to replace the brand in the work with any other, from the same industry or with a euphemism (Rolex on "obscenely expensive Swiss watches") and see if the story is destroyed. So, in the case of such works as "The Devil Wears Prada" or "Breakfast at Tiffany's" this will be extremely difficult. After all, Prada is no longer just a brand, but also a lifestyle.

But in the case of Dontsova, no one will notice the substitution. In the end, does it matter to the reader what kind of pasta the main character likes? That is, the fact of advertising is evident here.

However, this method does not always work. The author can use the brand to create a certain image for the character of the book, to emphasize the described environment. So, in his works, the famous master of detectives that have already become classics, James Hadley Chase, constantly “seated” his main characters in “Buicks" (less often in "Chevrolet"). But if we try to substitute "Doji" or "pontiacs”, then the meaning of the work will not change. However, it is highly doubtful that Chase received royalties from General Motors for this. It is much more likely that in this way the author from the UK wanted to once again Americanize his works, using for this well-known car brands that readers unambiguously associate with the United States. That is, the method described above in this case is not very effective. On the other hand, Chase has never been in the business of praising the features of the cars of his chosen brands, they are nothing more than a background.

The mention in the book of such famous names as "Starbucks" or "McDonald's" does not always mean advertising. It's just that these brands are so familiar to the average reader that they have already become an integral part of their lives. You can, of course, try to come up with artificial analogues. But will the book benefit from this, will the author not have to spend time explaining what exactly a fictional brand is? After all, a well-known nonsense is also a certain image, sometimes formed over decades and simply settled in the minds of consumers from all over the world.

In any case, some authors do not hide the fact of using hidden advertising. But others, on the contrary, do not recognize this by hook or by crook. For example, it is alleged that Sergey Lukyanenko uses the names of well-known brands in his works solely for parodic purposes in order to ridicule the very idea of hidden advertising. Whether this is true or not, one can only guess. After all, even advertising can be made in the form of a parody, it will not lose its effectiveness from this.

PS And sometimes it happens that the brand itself is born thanks to a successful book that has become a bestseller. A typical example is Harry Potter.