American restaurant chain Outback Steakhouse agreed to pay $19 million to settle a lawsuit with women who accused the company of gender discrimination.

According to available data, EEOCrepresenting employees Outback, filed a lawsuit back in 2006, bringing charges against the company that are serious by today's standards. It turns out that women did not have a chance to take a number of positions involving a share in the company's profits. 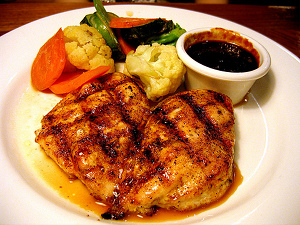 In addition, male managers made offensive comments. So, one Tom Flanagan (Tom Flanagan) politically incorrectly said that he needed attractive girls as waitresses, and Ben Martinez (Ben Martinez) told one of the women that she should “be a teacher rather than work in the restaurant business.” In a word, there are insults.

In addition to multi-million dollar compensation, Outback a kind of "penance" will be imposed. The company agreed to introduce an online job application system, hire a human resources manager, as well as an "independent" expert who will evaluate hiring decisions for discrimination.

Recall that the network Outback Steakhouse has 950 restaurants worldwide.