It became known that the company Starbucks decided to simplify its logo somewhat. Only a mermaid will remain of him; ring with inscriptions Starbucks и "Coffee" will disappear. The reason is the desire to expand the range of drinks offered.

At the same time, the mermaid will turn green - the company does not want to give up its native color (today, the black mermaid is enclosed in a green ring). The company expects that its logo in the near future will be recognizable in the same way as in the case of Adidas or Nike. And in this case, no inscriptions are no longer needed. 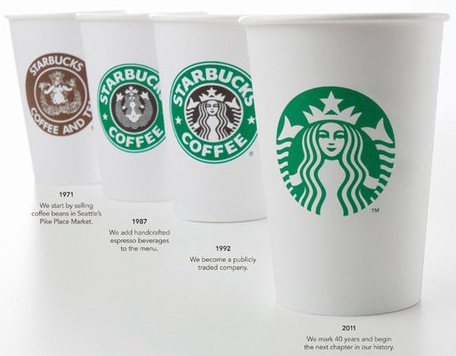 In addition, if the assortment of drinks is really increased in the future, then the inscription "Coffee" would just be redundant.

There are already a lot of opinions on the web about this. Most brand managers agree that the idea to start selling non-coffee drinks is downright unfortunate. In their opinion, Starbucks all consumers strongly associate exclusively with coffee.

Whether the sale of other drinks will be successful or not, time will tell. As for the newest logo, it has become more lightweight. However, it is difficult to say how well consumers associate the mermaid with Starbucks. There is an opinion that it would be quite enough to simply refuse the word "Coffee".