The intention to cooperate was announced today by the manufacturer of peripheral devices for professional gamers steel series and one of the world's largest playable sports leagues Major League Gaming (MLG). 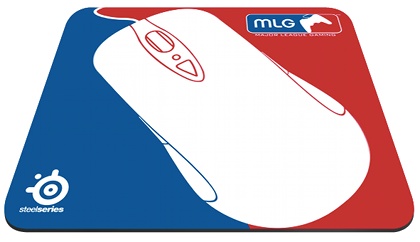 According to the agreement, steel series will create new families of keyboards and mice, especially for the competition season, which MLG will be held in 2012. Such a move seems completely natural for companies with such profiles.

The companies have already demonstrated the first product samples. These are SteelSeries MLG Edition QcK+ mouse pads. Their sales will begin this year, simultaneously with the start of the national championship MLG 2011 Pro Circuit National Championship, which will be held in Providence, Rhode Island (Providence, Rhode Island, USA) in the second half of November.