Speaking at the annual financial meeting, CEO Microsoft Steve Ballmer said that the company's staff is working around the clock in order to make the world happy with smartphones and tablet computers that will be based on Windows.

In these two markets Microsoft plans to compete seriously with such companies as Apple и Google. Ballmer claims that tablet computers running Windows 7 will be on sale this year. He said that they will be built on the basis of processors Intel. The real wave of such devices is expected in 2011. Yes, the wave is such that it can wash the positions well iPad. Apparently, the refusal of the company prompted him to such optimistic forecasts. HP create a "tablet" based on the operating system from Microsoft. 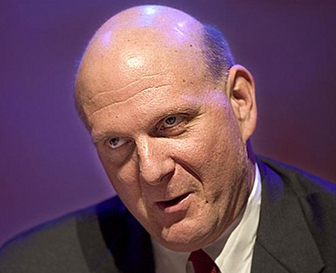 As for Windows Phone 7, the company's CEO is more than optimistic here. He admits that the struggle in this segment will be insanely difficult, but he does not even doubt, if not victory, then great success for Microsoft. However, here even Ballmer admits that this will not happen immediately.

It seems that the history of Zune will happen again. The company still plays a huge role in the computer market. However, few people believe in such statements. Fantasy is out of fashion these days. Of course, Windows will take a certain share in the market of tablet computers. But it is doubtful that it will be able to seriously compete iOS и Android. By the way, lately everyone and sundry has been talking about "tablets". But in reality, so far only sold iPad. Well, those who wish can buy iPad (aPad) is its Chinese version.