The largest Austrian construction company. The full name is Strabag Societas Europaea. The correct pronunciation of the name is "Strabag".

One of the largest and oldest construction companies in Western Europe. In addition to the main markets of Austria and Germany, it is active in many countries of Eastern and South-Eastern Europe in all areas of the construction industry. 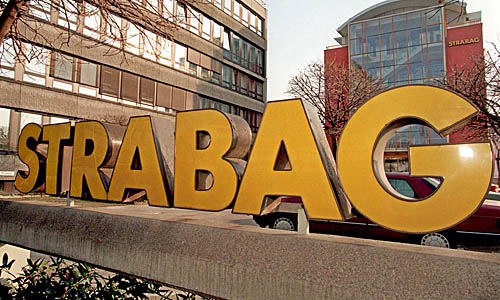 The company appeared as a result of the merger of two enterprises. The first of them was founded back in 1835 in Austria by Anton Lerchbaumer and was originally called Lerchbaumer (later, in 1954 - ILBAU). It is 1835 that is considered to be the date of foundation of Strabag.

The second company was the German Strassenwalzenbetrieb, founded in 1895 and renamed STRABAG in 1930.

For quite a long time, both companies developed independently, until in 1998 they merged under the shadow of the BIBAG Bauindustrie Beteiligungs AG holding. Which a year later was renamed the Strabag SE.

Since 2000, Strabag SE has been actively promoting its brand, while pursuing a very aggressive policy. During this time, some major competitors were absorbed. The year 2008 was especially fruitful in this regard, when four companies were acquired at once (one from Italy and three from Germany), with a total value of more than two billion euros.

Strabag has completed orders for the construction and reconstruction of large facilities in many European countries, including also Russia. With her participation, some large airports and tunnels were built. As for Russia, Strabag has built such buildings in the country as the Northern Tower office complex, the Vesna shopping center, the Two Captains business center and many others. Among the orders are both business buildings and production facilities. The company also participated in the reconstruction of the Central Department Store and the Moskva Hotel.