Studebaker is familiar to many people from the Soviet Union, primarily thanks to the Studebaker US6 army trucks. Founded in 1852, this company produced excellent cars for a century until, unable to withstand the competition, it ceased to exist in 1966. Nevertheless, the trace it left in the history of the automotive industry will not be erased.

It all started back in 1736, when the Studebakers arrived from Germany to develop the lands of the New World. In America, they had a son - John Clement Studebaker, who, in turn, gave the world as many as ten children - five sons and five daughters. The Studebaker family grew rapidly, but at the same time, each of its members retained German industriousness and high efficiency.

The men of the family worked on the creation of strong and reliable vans - the very ones with which the first settlers of America developed new lands and founded colonies. These wagons were so good that already in 1798, in the City of Conistoga (Pennsylvania), the Studebakers founded their first carriage company.

One generation was replaced by another, children replaced parents, and the family business continued to thrive. In 1852, in the town of South Bend (Indiana), the sons of John Clement created a carriage workshop, which later turned into an automobile factory. At first, only older brothers, Harry and Clement, were engaged in the family business, but soon John Moller, Peter and Jacob also joined them. At the time of the founding of the workshop, its capital amounted to 68 dollars, which, however, at that time was not such a small amount. 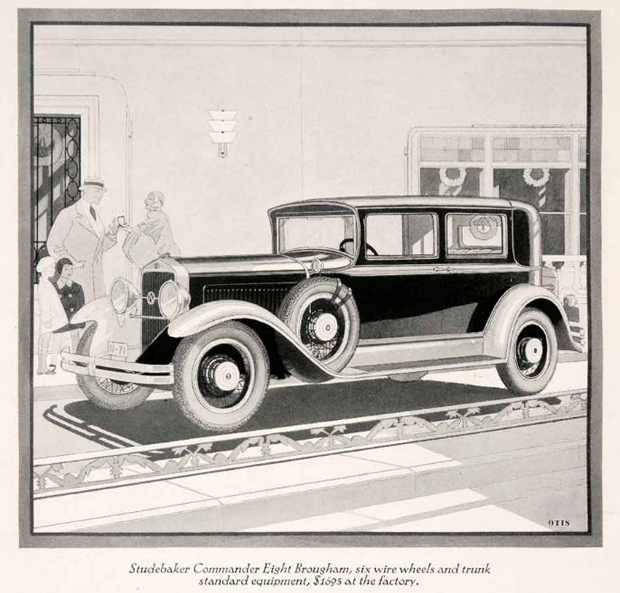 The Studebakers' affairs quickly went up the hill. And the matter was no longer limited to crews. In 1902, the brothers created the first electric car, the author of which, by the way, was the famous inventor Thomas Edison. Despite the progressive approach, the problem of autonomous power supply of the machine has not been solved. And because the Studebakers soon switched to light gasoline cars. Having no experience in building gasoline engines, they turned to Garford for help. The first result of cooperation appeared already in 1903 - it was Studebaker-Garford A with a two-cylinder engine.

In 1911, a modest workshop has already grown into a large car company. Since 1912, the Studebakers refuse the help of Garford and produce cars exclusively under their own brand. One of the first is the Studebaker AA, a 35 hp four-cylinder car. The cost of the car is only 1200 dollars. Due to its low price, this car became the first American exported to Europe. The popularity of the car was so high that over the next two years, more than 10 thousand of its models were sold, and Studebaker Corporation became the third most important auto manufacturer in the United States, second only to Ford and Overland.

In 1914, the auto company released the 25 hp Studebaker SC. and with a fuel tank located under the driver's seat. Every year this model has changed, improving its characteristics. So, after a couple of years, its power was 44 hp. The design of the machine was also simplified, which was unchanged with the standardization of mass production. 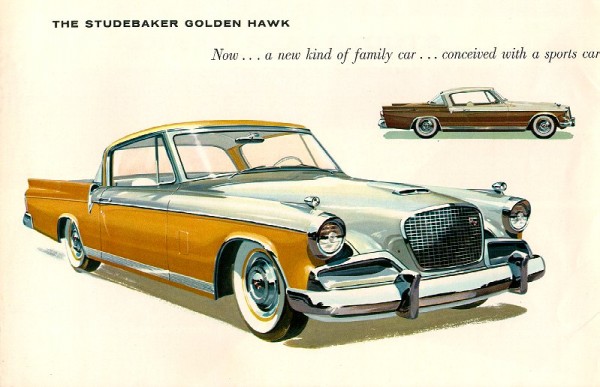 Since 1920, Studebaker has been producing mainly six-cylinder passenger cars, which also bear the corresponding names - Big Six (Big Six), Special Six (Special Six), Light Six (Light Six) and the like. However, in the late 20s, manufacturers decide to try a different tactic. Since then, Studebaker cars have been given more romantic names - President, Commander and Dictator.

1925 was simply incredibly successful for the company. It was then that a record number of cars for the Studebaker Corporation was sold - over 107 thousand. The following years were distinguished by the release of a series of inexpensive Erskine cars, as well as the takeover of the New York company Pierce-Arrow, a manufacturer of luxury cars. Soon Studebaker also began to equip their cars with eight-cylinder engines.

The Great Depression of the 1930s significantly affected the welfare of many firms. The Studebaker company was no exception, whose luxurious expensive cars almost led it to bankruptcy. Paul Hoffman and Harold Vance, who at that time headed the corporation, with great difficulty managed to keep it afloat by making certain changes to the list of cars produced. So, it was decided to abandon the expensive President. Instead, a car with an updated and improved body was created - the Land Cruiser. Later, this name began to be assigned to a variety of cars of the company, which were produced until 1966.

In 1938, Champion was produced with the help of stylist Raymond Levy. This six-cylinder car, with its attractive design, immediately wins the hearts of potential buyers and thereby increases the volume of cars sold to 100,000 a year.

In the same years, Studebaker begins the production of trucks, one of the first representatives of which was the Coupe-Express pickup truck. The company's truck production lasted from 1936 to 1963. Among them were specialized cars, as well as chassis for buses and fire trucks. Studebaker trucks played the greatest role during the Second World War.

With the outbreak of hostilities in Europe, the production of army vehicles was divided between International Harvester, designed to equip the naval forces, and General Motors, which was supposed to provide vehicles for the ground forces. Demand for vehicles soon exceeded the companies' capacity, and Studebaker took over some of the military truck orders.

The first army truck produced by the corporation in February 1940 was a 1.5 ton K15F (4 × 4) equipped with a Timken drive axle. Later, a 2.5-ton version of the K25S was created on its basis, which left the assembly line in the amount of 4724 vehicles.

The goal of the company was to create the most advanced army truck. This is how the US6 (6 × 6) appeared, which was distinguished by a 6-cylinder Hercules JXD gasoline engine, militarized radiator lining, a wood-metal body with an awning and folding benches for 16 seats. After testing by the US Army Quartermaster Corps, it was decided to organize the delivery of the US6 to countries with a poorly developed road network. One of these countries was the USSR.

During WWII, Studebaker delivered more than 200,000 cars to the Soviet Union. On the basis of the truck chassis produced by the company, the famous Katyushas and Andryushas, as well as a variety of cranes, tractors and engineering vehicles, were created. "Studies" gathered at the ZIS automobile plants in Moscow, Nizhny Novgorod and Minsk. It is noteworthy that a waterproof driver's jacket made of sealskin was attached to each truck delivered to the USSR as workwear. Of course, such a bonus practically did not reach ordinary warriors.

By the end of World War II, the company was already producing 5-ton flatbed trucks US6.U7 and US6, the chassis of which served for 16-round multiple launch rocket systems BM-13N and BM-13SN, all the same Katyushas, as well as BM-8 installations -48 and BM-31-12.

When the war ended in 1945, Studebaker returned to the production of passenger cars. Since the sale of pre-war models could not last long, something new had to be developed. That is why the designer Raymond Levy brings to the market updated models of the Champion, Commander and Land Cruiser. Equipped with an automatic transmission and independent lighting, these cars again made the sales go up.

A little later, sports versions of popular cars appear - Starlight and Starliner, as well as a top-class model named after its satisfied version of the President. As compact cars became more popular in Detroit, Studebaker launched the Lark with a choice between a six-cylinder engine and a V8.

In 1954, Studebaker acquired Packard, a manufacturer of luxury cars. Unfortunately, the latter soon collapses due to an unsuccessful attempt to establish the production of machines of different classes. Studebaker itself found itself in a crisis situation. Sales declined year after year, and the credibility of the company fell after them. So, in 1964, the corporation sold only 29,969 cars.

The last president of Studebaker, Byers Barlingame, after much deliberation, decides to close production. The last cars of the legendary brand left the assembly line in 1966.

The corporation closed, unable to meet the requirements of the new time. But her name has managed to firmly register in the history of the American automotive industry, and therefore it will not be forgotten very soon.