Famous American film company ceased to exist Miramax Films. The studio became famous for such masterpieces as "Pulp Fiction" and "Kill Bill" by Quentin Tarantino. The reason for the closure is the same - the global crisis. 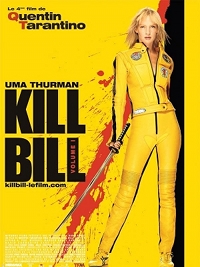 The studio became unprofitable in 2009. Then the guide Walt Disney, owner Miramax, decided to reduce the staff of the studio by 70 percent. Well, now about the closure.

Six films were in the process of filming. What will be their future fate is still unknown.