The oldest company operating in the field of machine translation. It was founded by Dr. Peter Toma in 1968 in La Jolla, San Diego, California. That is, it began its existence even before the era of personal computers. Since then, she has become famous as the creator of many different technologies and solutions used in machine translation.

Initially, the purpose of the appearance Systran there was an acceleration of the procedure for translating documents from Russian into English, which was very important for the military during the Cold War. The quality of the translation left a lot to be desired, but it made it possible to quickly understand the content of the text and appreciate its importance.

In 1986, the company was sold to the Gachot family from Paris and became French. Since then, Systran's headquarters have moved to the French capital, while its American office is still located in La Jolla. 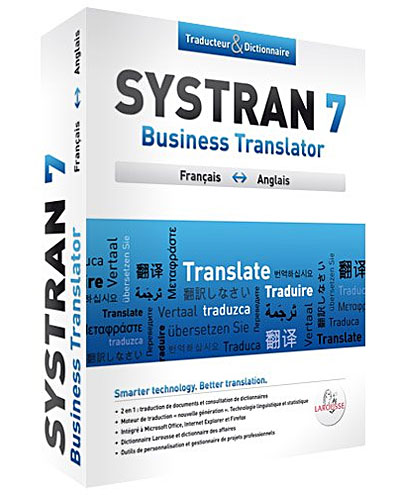 The company produces solutions for home and corporate users. Applications are available for various operating systems. Systran's work was used to create Google Translate in 2007. However, Google subsequently abandoned them in favor of the statistical model that is still used today.