New company start Google – Google TV, which allows you to view television content in a free mode via the Internet, met with discontent and an active rebuff from most major television companies. fox tv became the next company to ban the display of its content in full through Google TV.

Earlier, the same decision was taken by the heads NBC, CBC и ABC. The reason for this decision is largely due to the fact that, according to preliminary estimates, the profit of online advertising will be several times less than the profit of companies from showing television commercials. 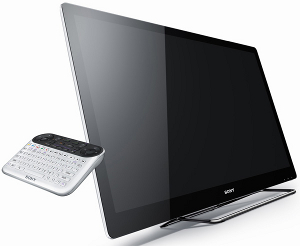 Representatives Google say that while the main TV networks' refusal to cooperate with them is a huge obstacle to the development of Google TV, there are still a sufficient number of companies willing to cooperate.

Another reason for the reluctance of major television networks to cooperate with Google is a low estimate of the possible popularity of the new platform. To view Google TV the user will need to purchase additional hardware, and the solution from Sony or Logitech seems too complicated to many experts. It is assumed that the conditional average user will not understand why all these buttons and complex manipulations, if you can just fall into a chair and switch channels on a regular TV. Well, Google TV, like all great inventions and innovations, is now at the “Why is it necessary at all?” stage, perhaps very soon we will not understand how we managed without it.