French company Lacoste appealed to the Norwegian police with a demand to ban the terrorist Anders Breivik from wearing the clothes of a company to which he is not indifferent. The reason is the fear that such preferences will create anti-advertising for the brand.

Breivik himself has repeatedly stated that he prefers to wear clothes precisely Lacoste, since this style is most suitable for a conservative European. Yes, and in one of the photographs that have flown around the world, he is captured in a sweater of this brand. 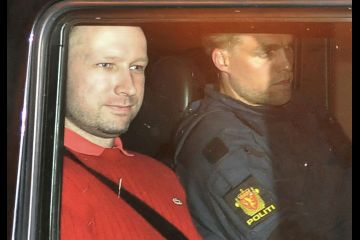 The police department confirmed that they had received a letter from the company. But no more than that - there were no comments.

Opinions of PR-specialists were divided. Some tend to think that Lacoste makes a big mistake, because before writing this letter, few people thought about such a connection, which is now attracted so much attention. Others believe that in this way the company simply wants to once again “show off” in the media, because it is very doubtful that people will stop buying Lacoste only because these clothes were preferred by a clearly mentally ill person. Mercedes here was Hitler's favorite car, but this did not subsequently affect the popularity of the brand.