Company Toshiba is going to introduce a new type of 3D TV to the market by the end of 2010 - no special glasses are needed to watch movies and programs on such a TV, it is assumed that buyers will appreciate the ability to watch TV with the naked eye while maintaining the 3D effect.

3D TVs have become very popular over the past year, most manufacturing companies rushed to release their own version (the first was the Japanese Panasonic), and now we can observe the further development of the trend. A new step towards the onset of the 3D era is very logical, because, according to experts, it was the need for special glasses that slowed down the growth in sales of 3D TVs, perhaps with the advent of a new type of device, this industry will begin to develop even more rapidly. 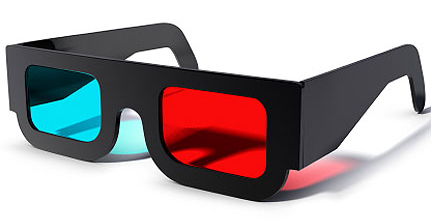 The new TVs will use high-definition panels and a special visualization system so that the eye has time to capture the rapid change of 3-dimensional images on the screen. The developers promise that viewers will be able to freely watch any content from various positions without tension and fatigue. The TV will play all existing 3D content as well as normal HD content. The price of TVs will be in the order of several hundred thousand yen (several thousand US dollars).
Total
0
Shares
Share 0
Tweet 0
Pin it 0