Company owned sub-brand LG Electronics. Under it, washing machines are produced, characterized by the possibility of steaming laundry.

The first machine in the line Tromm was introduced by the company in 2005. With special pride LG represented it as the only one in the world with a built-in steam generator. The latest models provide simultaneous supply of water and steam. This is achieved by the presence of a special double spray system. All models of the line Tromm - front loading, high spin speed (typically at least 1200 rpm) and direct drive for quiet operation and longer life. The color scheme also includes shades that are very exotic for household appliances, including such as pink and blue. 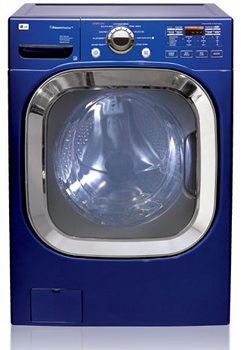 It is difficult to say how much the possibility of steaming laundry improves the quality of washing. However, this feature is the pride of the company - to be sure, more than 150 patents were received during its creation. According to the statement, this technology can significantly save both water and electricity.

For washing machines LG Tromm a seven-year warranty is provided. Unfortunately, they are sold only in the domestic market and in the United States.