Social network users Facebook got the opportunity to watch online movies provided by the Hollywood studio Warner Bros. You can already watch The Dark Knight online. 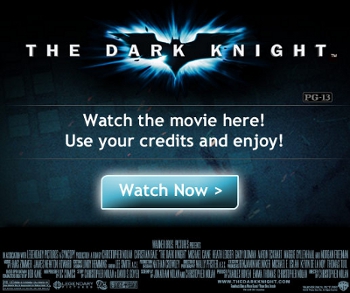 The cost of viewing will be 3 US dollars, it is also possible to use a special “currency” Facebook - credits that are used mainly in online games, access to the movie will be provided for 30 credits. For this money, the user can watch the movie for two days, stopping and continuing watching at will, after which access will be closed. The service will initially be available only to users in the United States, but will then expand to other countries.

Studio Warner Bros.which is part of a corporation Time Warner Inc., with this move aims to conquer part of the online entertainment space. It should be expected that in the near future other film companies will join this process, mastering more modern technologies in the struggle for each user.