A Stockholm department store refused to sell designer jeans from North Korea, not wanting to deal with an isolated communist regime. When the store manager PUB found out that they were going to sell, he immediately terminated the contract that had taken place.

"It's not a problem for us. Noko Jeans - is a political problem with which PUB does not want to be associated," said Rene Stephansen.

The line Noko Jeans - The result of the efforts of three Swedish businessmen who wanted to break the isolation of North Korea by organizing its trade contacts with the West. 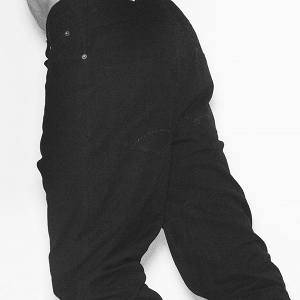 Jeans were supposed to be sold in the department of Aplace. Representative Aplace has already stated that this management decision was "a little cowardly," but he can understand the department store's point of view.

While entrepreneurs intend to sell jeans from the website and are looking for new retail space.

Two models Noko Jeans, Kara and Oke, are produced by Pyongyang workers. The materials, buttons and zippers are sourced from other countries. The models will cost 1,500 kroner (about $220) in Sweden.