In fact, lost laptops are a real headache for large companies. And the point here is not only the cost of the equipment (although this alone is already unpleasant), but also the fact that valuable data is often lost along with it, the recovery of which is problematic.

For details Intel even paid for a whole study that she did for her Ponemon Institute. The goal was to find out the amount of losses due to the loss of laptops. And the numbers are quite impressive.

The survey involved 329 American companies. As it turned out, over the past year, he had lost (as a result of theft and distraction of employees) 3,680 laptops, which is 2.3 percent of their total. Another 7 percent of laptops were lost as a result of marriage or misuse. 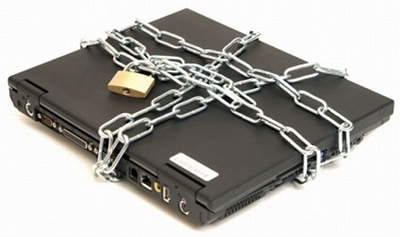 Even if we calculate the losses solely in the cost of equipment, then a considerable amount is already obtained. However, we must not forget that many laptops contained the most valuable data on their hard drives, which sometimes could not be recovered. As a result, the losses of the companies are estimated at approximately 2.1 billion US dollars.

Most of the lost laptops were simply forgotten by their owners in taxis, cafes, and trains. About 25 percent are stolen. The fate of another 15 percent has remained unclear (the researchers themselves are also inclined to attribute them to theft). It is useless to fight this - the human factor has always taken place. The only thing the researchers could advise was to equip laptops with stickers with owner data, then there is some chance of their return.