Perhaps no other company has received so much praise and such volumes of criticism in recent years. But no matter what, Apple continues to develop its own way. Here already iPhone 4th generation introduced.

Conferences WWDC-2010 looked forward to. However, as usual. But this time, more than anything, people wanted to know - pirated photos of the new iPhone are true or not? A lot of people didn't like them. Yes, they did match. Now those who want to buy this device for themselves have no choice - they will have to admire what they have. However, Apple products should always be considered "live", not trusting the photos. 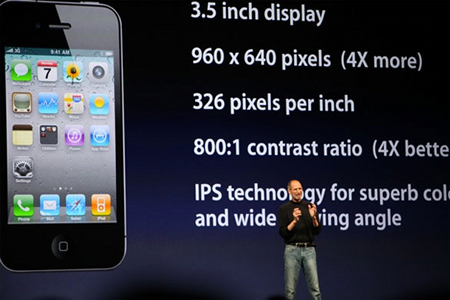 According to many analysts who watched the action of Jobs on stage, the new model, dubbed iPhone 4, is just a good continuation. There is nothing revolutionary in it. The company continues to improve the smart device it already has. According to Jobs, over a hundred new features have been added to the new device. For example, the screen resolution has increased significantly, and now it is 960x640 pixels. The amount of built-in memory is now 32 GB. The operating time from the built-in rechargeable battery has significantly increased - now you can watch video for at least 10 hours and talk for about 7 hours. The digital camera now has a resolution of 5 megapixels, is equipped with an LED flash and is capable of recording HD video. There is also a front camera. There are fewer and fewer reasons for reproaches from techno-fans.

It makes no sense to list all the innovations. And it remains to add only that sales in the US will begin on June 24th. This happiness will cost $ 199, subject to the conclusion of a contract with the operator. The 8GB iPhone 3GS will also be on sale for $99. Immediately after the United States, sales will start in 88 countries around the world.

Yes, the thickness of the novelty is just over nine millimeters, which automatically makes this device one of the thinnest smartphones in the world.