The last few years have Motorola "didn't ask". The company managed to leave the second place in the mobile phone market, losing it to Korean manufacturers. There was even talk on the Web about the imminent death of the company. But it is not all that bad.

It looks like a renaissance has begun. Yes, this year Motorola plans to introduce at least 30 smartphones running the operating system Google Android. The company already has several similar models, which turned out to be very successful and were favorably received consumers. The first was Motorola DROID - a device in the side slider form factor. 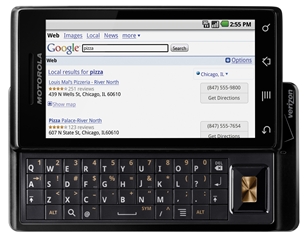 However, not Android alone. The appearance of simple models is also expected, on the platform Qualcomm Brew or Motorola's own designs.

Today, the company feels more or less comfortable only in the markets of the USA, South Korea and China. It is expected that with the advent of new models, about Motorola "remembered" in other countries.