Members of the Israeli army using the net Facebook revealed about a thousand women of military age, evading military service. According to the laws of Israel, if a citizen of the country is over 18 years old, then he, if it is him, is obliged to serve his homeland for three years, and if it is she, then only two. There is an exception in the law: a woman who declares her religiosity will be released from service. Just by declaring that she adheres to a kosher diet and does not work on the Sabbath, any woman can not take a machine gun in her hands.

It would seem that two such simple conditions, but the careless Israeli women did not even think that they really would have to be fulfilled. And even less did they think that any action in such a popular social network as Facebook, will be visible not only to their closest friends, but to millions more people. Among which there may well be vigilant representatives of the military machine. 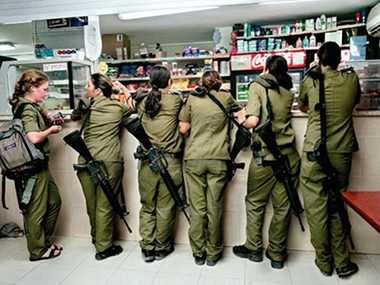 What ruined peaceful women who are disgusted with uniforms and weapons? Little things, everything, as always, was decided by little things. A photo of a supposedly religious Jewish woman dining gusto in a non-kosher restaurant. Photos in too seductive new outfits. Special employees even sent out invitations to a Friday night party that any religious girl would have rejected without even reading it, but the rogues who got caught gladly accepted the invitations. Another point on which the majority fell down was Saturday activity on a personal page in Facebook. Even a simple page update already, in the eyes of the military, testified that the girl did not adhere to religious norms. What will she do next? Call by phone? Turn on the TV? There is no place for this in civilian life! Only the army will bring up real women in them!
Total
0
Shares
Share 0
Tweet 0
Pin it 0