Information has appeared on the Web, according to which beta testing of the much-anticipated game Starcraft II companies Blizzard will last no more than five months. Thus, the long-awaited novelty should appear on sale in the summer of this year. 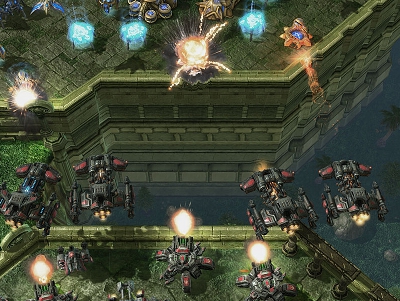 As is known, Blizzard never rushed to release new games. The company works on games until they are perfect. It takes a lot of time, all conceivable and unimaginable deadlines are broken, but as a result we get a real Masterpiece. It's no coincidence that games Blizzard played for decades. For example, the first part starcraft still enjoys well-deserved popularity, although it appeared in the last century. Needless to say, with what impatience gamers around the world are waiting for the second part.

So, if the company's plans come true, then I know what I will do during my summer vacation :) Although, according to some information, the map editor will not be ready for the official release. But I don't think it's a serious problem.