For the second quarter in a row, the American company western digital outstrips its fellow countryman-competitor in sales - the company Seagate. Moreover, this time both sales volumes and revenues significantly exceeded the figures of the previous quarter.

For the fourth quarter of fiscal year 2010 western digital 49.7 million hard drives were sold, almost a million more than Seagate. Last quarter, the gap was something like 700 thousand pieces. 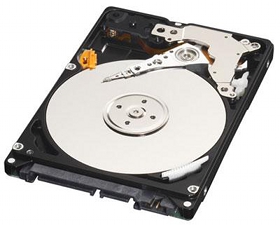 At the same time, revenues for the fourth quarter amounted to 2.4 billion US dollars, of which 265 million relate to net income. A year earlier, revenues were only $1.9 billion.

Income WD for the entire fiscal 2010 amounted to 9.8 billion dollars, while last year they were 7.5 billion.