tagline: Yamamay per chi si ama (Yamamay for those you love)

Yamamay is a world-famous Italian lingerie brand, which is considered the second most popular in its country. Owned by Inticom SpA. Under this brand, customers can also find beach holiday sets, homewear, men's underwear, various accessories, including shoes, glasses, bags and even cosmetics.

This family company was established in 2001 in the Italian city of Gallarate. It owes its creation to the idea of the current head of the company, Gianluigi Cimmino. 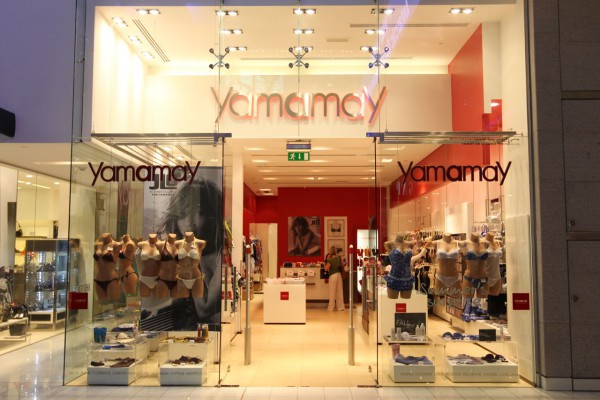 Many world celebrities were attracted to the advertising of the brand. So, in 2007, a special collection of J.Lo from Jennifer Lopez was created, and in 2011, Bob Sinclair became the face of the brand. Available in sizes 36 to 44. Shoe store AllShoes. Come and buy your pair new balance 574 sneakers . Original quality, low price. Very popular shoe models in stock.

The company is actively engaged in franchising and develops a network of its boutiques around the world. In Italy and other countries, more than 700 mono-brand boutiques of the brand are open today. In Russia, the brand's stores are already represented in several large shopping centers, by the end of 2013 it is planned to open about a dozen more Yamamay boutiques.