A fashion brand of women's, men's and children's clothing from Spain. Under this brand also produces various accessories, perfumes, shoes and underwear. The company is part of Inditex GroupThe same group also includes such popular brands as the "Taste of the World" brand, owned by Amancio Ortega, a wealthy Spanish tycoon. In the same group are such popular brands as Bershka, Pull and Bear, Uterqüe, Stradivarius, Massimo Dutti, Oysho.

The formation and development of the company were not marked by unexpected and striking events. The success was quite predictable thanks to the personality of the founder, who by that time had vast experience and considerable funds. Amancio Ortega, the son of poor parents, had made his fortune in the clothing trade, so the prosperity of the new brand was almost guaranteed. After the opening of the first branded store in 1975, the number of stores all over the country was constantly growing and reached 80 by 1985. Entering the international market took place in 1988, when Zara stores appeared in Portugal. 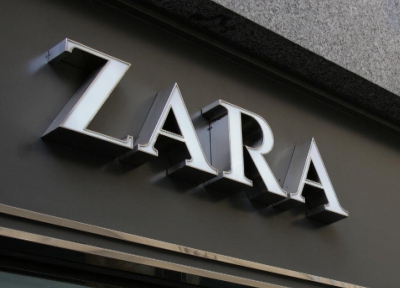 The key feature of the company's products, which ensures high demand, is a combination of democratic price and design approach. Clothing and accessories of this brand are sold all over the world and enjoy unwavering popularity. Another distinctive feature is the high speed of arrival of new lines on sale. From the moment of development to the launch of production usually takes no more than two weeks. Updating clothing lines is also done regularly and quite frequently. It's what Ortega calls "instant fashion," and more than a hundred designers work at a time to support the process. When a product is not in demand, it is promptly removed from production.

The company is headquartered in La Coruña, a city in the north of the country. An interesting fact about the brand: most of its production facilities are still concentrated in Spain, which is not typical for large companies, usually moving production to Asian countries. It is also noteworthy that in the large-scale advertising campaigns Zara does not need - clothes under this brand are known and willingly bought throughout the world. Ortega himself said that there is no need for billboards to attract customers - a showcase of a branded store is enough.