The first model of the Raspberry Pi miniature computer was introduced in 2011.

Over the years, this device has been loved by many enthusiasts from all over the world, it has become extremely popular. So popular that now even the brand's first brand store exists.

The Raspberry Pi has become so popular due to its tiny size and high performance. It was the first such device assembled on a printed circuit board, the size of a credit card. The main goal of the developers was to create an inexpensive computer designed for study. The result is something more. 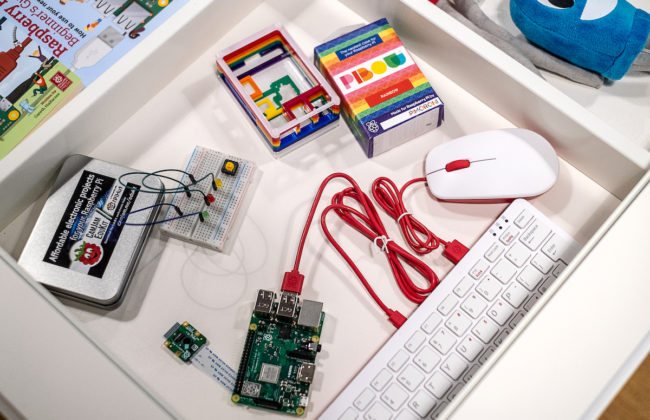 This device is ideal for all kinds of experiments, for training, as well as the creation of various control, security and entertainment systems. The computer is sold in millions of copies worldwide. And although analogues have already appeared, often also having “fruit and berry” names, it was the Raspberry Pi that was and remains the model of what such a system should be.

And now the Raspberry Pi Foundation announced the opening of the first company store in Cambridge, England. Prior to this, the computer was sold through third-party retailers and via the Internet. It is reported that visitors will be able to purchase both the simplest version of the Raspberry Pi and the starter kit, which, in addition to the computer itself, includes a keyboard and mouse. The store will offer a variety of souvenirs and accessories.

It is also expected that the new store will become an "experimental space" and a meeting place for Raspberry Pi enthusiasts.

Happy Nation launched a game center in the metaverse

Coca-Cola is putting Jack-and-Coke in a can