This past Black Friday, many US stores looked empty, but that doesn't mean it's a bad time for retail.

The coronavirus pandemic has completely changed many of the habits of people, including the way they shop. For this reason, it is still extremely difficult to assess how successful the current holiday season will be. Moreover, empty stores in "black friday” does not mean that all sellers are doing very badly.

According to GlobalData, consumer spending fell 22.4% year-on-year from Thanksgiving to Sunday. However, the numbers look much better when viewed over a wider period of time. So, expenses before Black Friday increased by 65.7% at once. After all, many sellers have decided to stretch the sale in time to avoid large crowds in stores.

GlobalData estimates that total Black Friday spending increased by 2.1% compared to 2019 to $62.45 billion. Of these, online spending was $16.99 billion, up $48.3% from last year. At the same time, spending in stores amounted to $45.46 billion, which is 8.6% less than last year. Other analysts provide similar data. In other words, trade has by no means stopped.

Many of the premises remained empty for the reason that the majority of consumers entered them for a short time, only to pick up a product previously ordered online. There was no usual festive bustle, when people wandered between the shelves for a long time in search of everything they needed.

It is interesting to note that sellers of some categories of goods noted an increase in sales for their products during the pandemic. For example, consumer interest in comfortable home clothes, kitchen utensils and toys has increased. However, often this did not require any additional advertising at all. Or the ad was random. For example, a sharp jump in chess sales was due to the popular Netflix series The Queen's Move.

Discounts are getting smaller

It should also be noted that discounts in many stores this year were significantly lower (and for some categories of goods they were completely absent). In the era of the coronavirus, retailers have become much more diligent in controlling inventory and avoiding excess goods that then need to be urgently sold.

In other words, empty stores on Black Friday are not at all such a disaster for trade in general, as it might seem at first glance. They only show that the world has changed a lot in 2020. But it's still too early to draw any conclusions. The results will be summed up already in 2021, when it will be possible to see the whole picture. 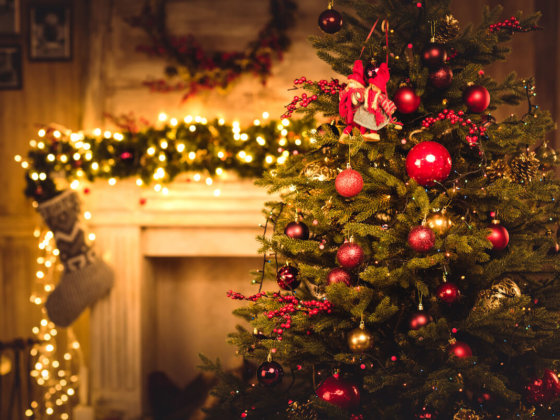 Contactless Santa and virtual holidays. How malls prepare for the New Year