American game developer Bethesda celebrates the success of the new version of the legendary game Fallout. Fallout: New Vegas hit the market in 2010 and has already sold over 5 million units. Sales continue to rise despite numerous bug reports. 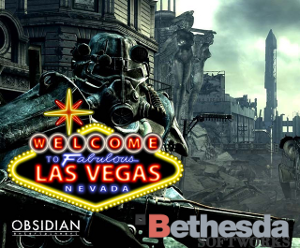 Bethesda promises to respond to user complaints soon and release patches for all versions (the game can be played both on Windows desktops and Xbox 360 and PlayStation 3 game consoles). But, oddly enough, even in this still imperfect form, Fallout: New Vegas is in great demand - the company has already received pre-orders from retail chains. It is expected that sales will accelerate further with the onset of the Christmas period.

In fact, the game is much more popular. After all, the above reports indicate only the number of licensed copies sold. It is impossible to say how many users chose to purchase or download a pirated version from the Internet. According to the most conservative estimates, this is another two or three million. As you can see, many people liked the post-apocalyptic world of Fallout.