In 2002 Apple filed a trademark application in China iPhone. However, the documents only mentioned computer hardware and software. There was no mention of mobile phones. 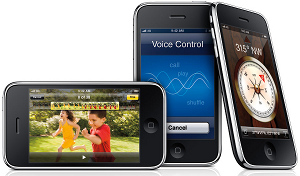 They were present on the market for a very short time, but the trademark belonged to a Chinese company.

According to new documents, "i-phone" has already changed hands and is now owned by Apple, which was confirmed to reporters by a representative Hanwang. However, he declined to provide any additional information.

The details of the inter-corporate agreement are still unknown.