Famous magazine guide Rolling stone reported that soon all the archives accumulated over the years of the publication's existence will be available to visitors of their official website. True access to them will be paid.

say resource Rolling Stone.com popular is an understatement: in March alone, there were about 1.3 million unique visitors who viewed more than nine million pages. None of the magazine's competitors scored even one million. 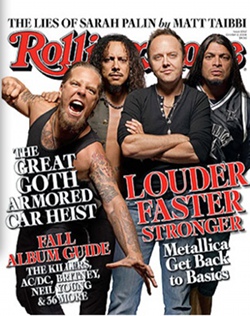 At the same time, although the popularity of the printed version of the magazine has fallen by almost 20 percent, it is still profitable to print it. In 2009, the circulation amounted to 1.5 million copies.

As for access to the archives, the cost of a monthly subscription will be approximately 4 US dollars. An annual subscription will cost less - $ 30. At the same time, all subscribers will automatically receive a subscription to the paper version of the magazine.