Today the company Blizzard published the first results related to sales of StarCraft II: Wings of Liberty. As expected, sales are going very well. What's more, they're breaking every sales record that games have set before.

During the first day, about a million copies of the game were sold. In 48 hours, 1.5 million copies have already been sold. In the following days, the level of sales has declined, but the game is still selling well. And it will be sold. 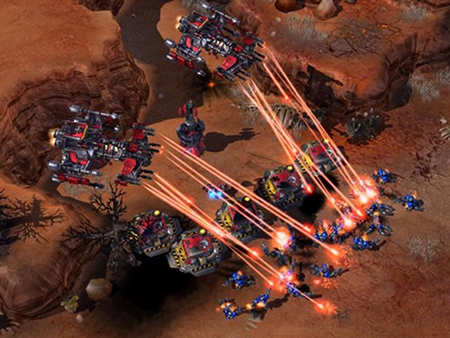 But the game appeared in the middle of summer, when most potential buyers sunbathe on the beaches. I wonder what numbers would be called if it appeared during the Christmas period? By the way, the previous record also belongs to the game from Blizzard - World of Warcraft: Wrath of the Lich King. However, then everything was even cooler and in the first two days it was possible to sell 2.8 million copies.

StarCraft II has been translated into 11 languages, the most common across all five continents. Sales started worldwide.

By the way, the first problems have already been noted, which Blizzard acknowledged officially. The fact is that the game provides such a load on the video card that it can burn out in the most banal way. Of course, if your computer has a video card from a well-known manufacturer with good cooling, then you should not be afraid of this. But the owners of simpler models, devoid of good cooling, should be more careful.