Since the release of the latest operating system from Microsoft - Windows 7It's only been a few weeks. However, this time was enough for the system to win about six percent of the world market.

According to a study by the company Net Applications, 6 percent milestone was taken last weekend. And consequently, during these days the share of the system has grown a little more. 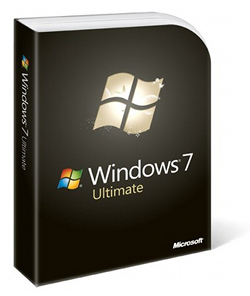 Users much more favorably perceived the new OS. Although, according to many analysts, the "seven" will need more than one year before it will be able to press XP. Especially considering that the corporate market is traditionally slow to accept a newcomer, preferring to wait a while and make sure that the system has passed the stage of childhood diseases.

By the way, Windows 7 already managed to bypass snow leopardthat appeared much earlier. However, given that computers Apple far from the most popular on the market, this fact is not surprising.