An interesting opinion appeared on the pages of the VentureBeat resource, the author of which believes that the emergence of smartphones Nokiathat will run the operating system Windows phone from Microsoft is just a matter of time.

This bold statement was based on several factors. Such as the words of Anssi Vanjoki, former CEO of Nokia, who admitted in his speech at Nokia World that a number of the problems of the Finnish company lie in the lack of a good operating system that can compete with Android и iOS. In addition, new SEO Nokia a former employee was appointed Microsoft, which may well make concessions for old friends. 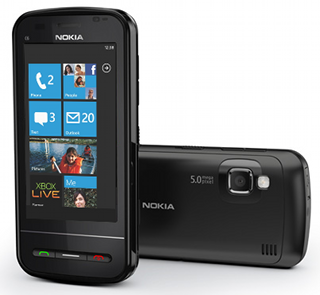 To date Nokia stubbornly continues to promote a clearly outdated Symbian. The fact is that the company's policy has always been to not depend on third-party software vendors. However, the first step towards abandoning such positions was to move towards MeeGo, which is based on Intel. So against the backdrop of all recent events, the use Windows phone no longer looks fantastic.

This can help both Nokia, which will receive a new interesting OS, and Microsoft, the development of which will immediately not only gain the future, but also be able to compete with Android и iOS.

On the other hand, such a move looks frankly unrealistic, since it can cause an extremely negative reaction from ardent fans. Nokia. But, on the other hand, she managed Apple painlessly make the transition to processors Intel, which was also once perceived by many as nothing more than sacrilege. And the vast majority of users are indifferent to such wars.