This was expected, but still it all happened suddenly. Today Apple made an official announcement: Steve Jobs is leaving the post of CEO of the company. He will be replaced by former CEO Tim Cook.

Sooner or later it had to happen. No health is enough to withstand such a monstrous overload. And Jobs's health was already not very good - after all, quite recently, in 2004, he underwent a complex operation to remove a pancreatic tumor. 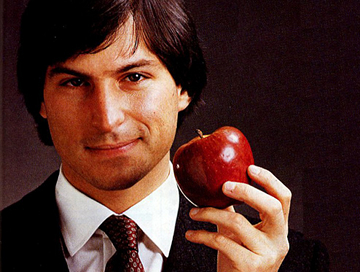 The fact that Tim Cook will become the successor, no one really doubted. He has already taken up his duties.

After the announcement, the company's shares first fell sharply, but then went up again. The public recognized that life without Jobs is possible. We must not forget that a whole generation has already grown up, which did not catch the first flowering Apple, and Jobs's personality looks attractive, but not so much as to finally bind his life and future fate Apple. He got a dying company back on its feet, and that's the main thing.

Jobs will step down, but will not leave the company, remaining on the board of directors. He chose the right moment to go into the shadows - a presentation of a new one is expected in the next couple of weeks. iPhone, so that the bitterness of the founder's departure will be largely sweetened. It is quite possible that the same Jobs will represent the new smartphone.