Spanish airline Spanair, which operated mainly flights within Spain, as well as flights to Europe and West Africa, ceased operations and filed for bankruptcy. The reason for such a drastic step was the termination of financing by the Spanish authorities (the main shareholders of the company were the regional government of Catalonia and the municipality of Barcelona), which in turn is explained by the pan-European financial crisis. 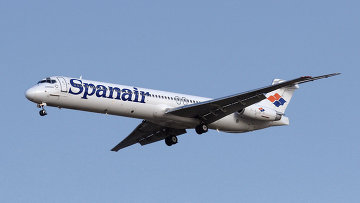 The victims were more than 20 thousand passengers who arrived on flights scheduled to depart from the airports of Madrid and Barcelona. Aircraft Spanair stopped flights on Friday, January 27, while about 200 flights were scheduled for Saturday and Sunday. Passengers will be delivered by other Spanish airlines.

Company Spanair was considered the fourth largest in Spain, it accounted for a significant part of domestic and international flights. Financial problems have plagued the company since 2008, when its plane was involved in a major plane crash.