Hyundai Motor Co. intends to invest in the creation of a joint venture in the PRC for the production of trucks. The largest automaker in Korea has entered into a preliminary agreement with the Chinese Baotou Bei Ben Heavy-Duty Truck Co.

The new concern intends to sell 100,000 heavy trucks by 2014. According to the agreement signed on Saturday in Seoul, the companies will spend $400 million to set up the enterprise. Each party will own 50% shares in the business.

Now Hyundai already produces passenger cars in China. In the future, the company intends to invest more intensively in local production, ensuring the production of a full line of commercial vehicles. 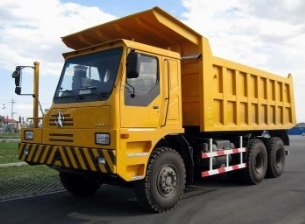 While the joint venture will produce an upgraded model from Baotou Bei Ben, by 2012 a new truck will also appear, using modern technologies from Hyundai. It is expected that this will allow the novelty to successfully compete in the Chinese commercial vehicle market.

The opening of a new business is expected to play a pivotal role in allowing Hyundai bring world sales of commercial vehicles to 200,000 units by 2013.

Recall Hyundai (with considering Kia Motor Corp.) is the fifth largest car manufacturer in the world. Both companies are aggressively promoting their products outside of Korea. In the coming years Hyundai intends to open additional joint ventures in the US and Europe (in addition to those already functioning).