When summing up the results for 2009, the superiority of China as a car market became obvious. China has displaced the United States, which has habitually settled there, from the first place. According to the China Association of Passenger Car Manufacturers (China Passenger Car Association) growth in total vehicle sales in 2009 exceeded that of 2008 by 45% to 13.6 million units.

For comparison, in the US, vehicle sales fell by 21% year-over-year to 10.4 million, driven by the global economic crisis cited as the reason for the drop in demand for cars and pickup trucks. 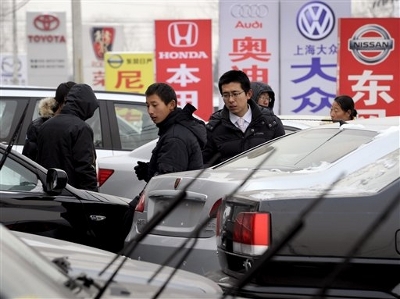 The most popular models are: F3 sedan from BYD и Elantra from Hyundai Motor. And the cheapest model is recognized QQ from Chery Automobile.