Panasonic mobile phones are currently distributed only in the domestic market of Japan. Early attempts to gain a foothold in world markets led to nothing. However, the company does not lose hope that their devices will become popular not only at home.

And such hope is given to her by smartphones running Android, one of the models of which was presented the other day. The company says it underestimated the popularity of smartphones in the past and now expects to correct its mistake. According to the plans Panasonic will act quite aggressively and expects to sell at least 15 million of its devices in 2015. 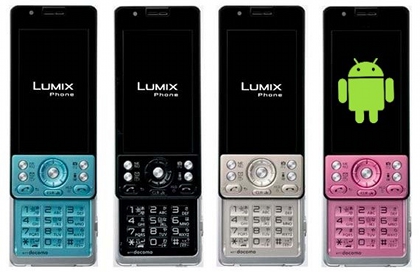 Sales of Android smartphones Panasonic in Japan will begin next year. It is expected that during the year they will be able to sell at least 5 million pieces.

Company Panasonic left the global mobile phone market in 2006 due to mismarketing. It seems that this time she will take into account all her past mistakes. Moreover, against the backdrop of recent events, when this market is now undergoing global changes and its veterans are beginning to give up their positions to newcomers. So, recently the leaders entered Apple и blackberry, a Nokia, Motorola и Sony Ericsson thoroughly "sunk".