Companies announced the conclusion of a partnership agreement today steel series и valve. The first deals with gaming peripherals, and the second deals with all kinds of entertainment software.

The agreement was announced at the gaming exhibition "E3", which is taking place these days in Los Angeles. From now on, the companies will jointly create branded mouse pads (or, as they are often called for solidity, gaming surfaces). More precisely, they will be released steel series, but the ideas will be from valve, which became famous as the developer of many world famous games such as Counter-Strike, Team Fortress, Portal, Half-Life and Left 4 Dead. It is possible that the production of branded mice and other peripherals will also begin later. 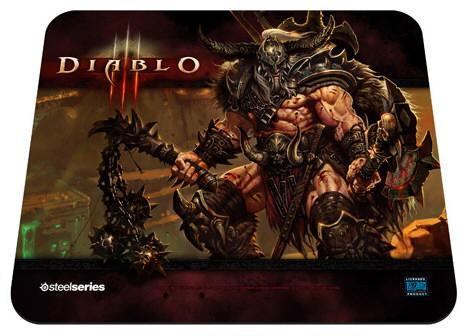 Such contracts are not new to steel series. Thus, the company recently announced the start of production of mice stylized as Diablo III, which was previously agreed with Blizzard. The company's portfolio also includes solutions in the style of World of Warcraft.
Total
0
Shares
Share 0
Tweet 0
Pin it 0