It became known that the company Procter & Gamble (P&G), sold one of her famous brands. This is about Pringlesunder which potato chips are produced. The brand is now owned by an American food company. Diamond Foods Inc.

The sale became known from the official announcement P&G. The deal will amount to 2.35 billion dollars. It will be completed by the end of this year. Wherein, Diamond Foods will give P&G 30% of its $1.5 billion worth of shares and will pay off all debts Pringles, which will be the remaining 8.5 million. 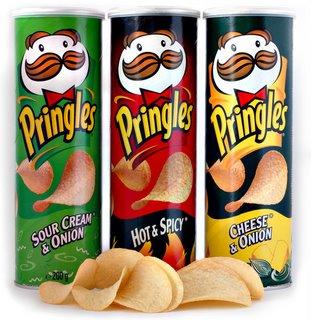 Diamond Foods, which owns several major brands of popcorn, salted nuts and other similar products, expects a lot from its acquisition. The company expects to further increase sales of chips Pringles, expanding sales markets and thereby strengthening its position in the light snack market. No rebranding plans have been announced.

Sale Pringles fits into the policy that pursues P&G the last few years, getting rid of grocery brands.