Many were looking forward to this event, and the lack of an iPad version Skype was surprising, especially given the fact that for iPhone it has been in existence for a long time. But this unfortunate misunderstanding will be corrected in the near future.

Rather, it has already been fixed and now it all depends on how quickly the censors work App Storewho are known not to like to rush. 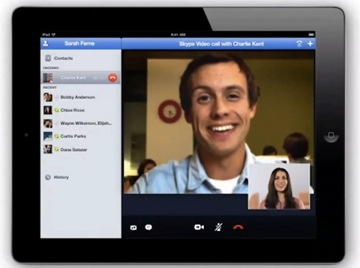 Rick Osterloh, Vice President Skype, stated that the program is completely ready and tested. So we are waiting for a response. Apple.

Thus, the fears concerning the fact that Microsoft, which now belongs Skype, will not release versions of the program except for their own platforms. However, refusing to support other systems would be tantamount to killing Skype - at one time the appearance of a version for iPhohe led to an abrupt increase in the number of subscribers. It is thought that in the case of iPad history will repeat itself.